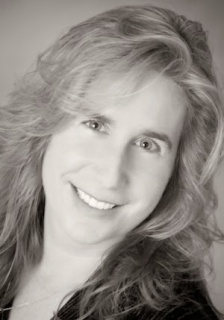 Once upon a time, when my husband was just a little guy, he believed that all doctors were women. That’s because his own mom was an MD. So it made perfect sense to him that this was how the world worked. But as we know, that’s not the way it was. Medical schools today are graduating women at roughly equal numbers as men. But there was time when simply the idea of a woman aspiring to be a doctor was laughable.

With the picture book Who Says Women Can’t Be Doctors? The Story of Elizabeth Blackwell (Henry Holt, 2013), Tanya Lee Stone takes readers back in time to see what it was like through a young girl’s eyes. Named a 2014 Amelia Bloomer Project book, Who Says shows what Elizabeth was like as a young, curious girl. And how she got the idea to become a doctor from a sick friend, who confided that she would rather be examined by a woman than a man. It lays out the challenges and frustrations Elizabeth encountered as she pursued her dream and opened the door for countless other women to pursue theirs. It’s a great book to celebrate Women’s History Month.

Question: While you have written teen fiction, your specialty seems to be non-fiction. You are the author of at least 15 non-fiction books for young readers – including Courage Has No Color, The True Story of the Triple Nickles America’s First Black Paratroopers (Candlewick, 2013) – and 10 non-fiction picture books. What draws you to this genre? Were you been bitten by the research bug early in life?

Tanya Lee Stone: I was an outdoor, tomboyish kid who loved to read and grew up on the rocky coastline of Connecticut, so I feel as though my entire childhood was based in field research! If you pair that with the fact that I am continually amazed by the extraordinary things that “ordinary” people do (there is really no such thing as an ordinary person), it’s easy to understand my attraction to non-fiction.

Read more of this interview over at Kate Hannigan’s AuthorOf.blogspot.com, where you’ll find conversations with writers of some of the best books for children – from picture book to middle-grade, fiction and non-fiction.