Little brown bats were once among the most common kinds of bats in North America. But by 2013, their population had dropped so low that scientists wondered whether they should be listed as endangered species.

This story begins in 2007, when a team of scientists from the NY State Dept. of Environmental Conservation goes to a cave near Albany. Their job: to count hibernating bats. What they found were lots of dead bats, some with fuzzy white noses. The following year they found even more dead bats.

What was killing the bats? Was it climate change? Pesticides? A virus?

In this book, Sandra Markle follows a team of scientists working on the bat-killer mystery. She follows them into caves and into their labs. The scientists determine that the killer is a fungus – but they still have more questions: what will happen to the populations of other animals that depend on the bats? Some animals rely on bats for their suppers, and farmers rely in bats to control crop-munching insects in the ecosystem.

Markle provides amazing bat facts and lists ways people can help their local bats. She’s also got a long list of books and other resources for folks who want to explore bats more deeply. 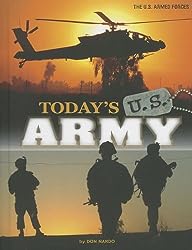 Booktalk: The soldiers of the U.S. Army stand ready to defend their country. To become a soldier, recruits train hard to get into tip-top shape. They learn to use weapons of all kinds. Some head to war zones. Others undergo training to become special ops fighters. They are super-soldiers who perform top-secret, dangerous missions around the world.

Snippet: After finishing basic training, the recruits are full-fledged soldiers. Their initial rank is private. Over time some may be promoted to corporal or sergeant.