Pass The Pandowdy, Please: Chewing on History with Famous Folks and Their Fabulous Foods
by Abigail Zelz (Author) and Eric Zelz (Illustrator)

Booktalk: Follow up a week of family feasting with a brief history of famous folks and their fabulous foods! Includes a timeline of food around the world, short bios of each famous person in the book, and an 1882 recipe for pandowdy, a baked apple pie dessert. 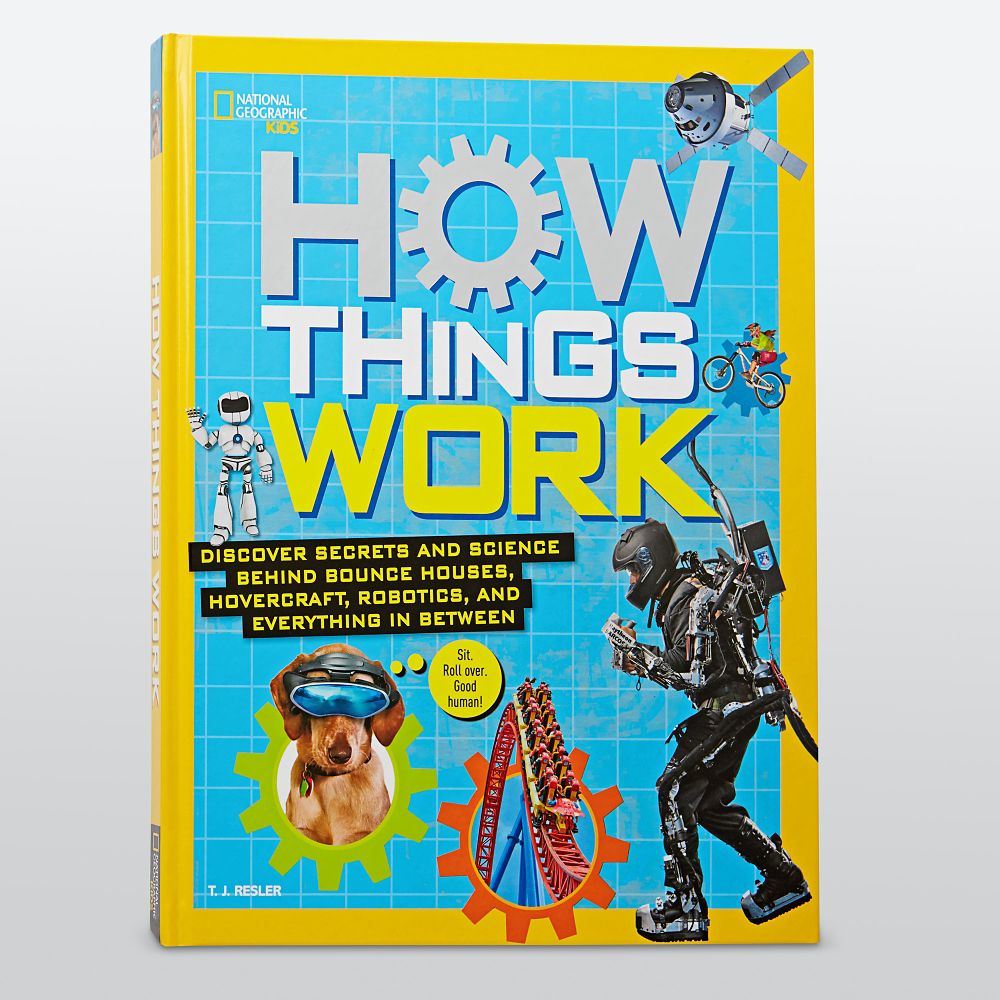 Cool gadgets and scientific discoveries don’t just come from laboratories. Many are dreamed up in the minds of storytellers.

I’ve had many parents come to me with a story that involves their child taking apart a family appliance/gadget because they were curious how it worked. This is the book for them. Five chapters feature the inner workings and history of fascinating devices. Chapter 1 focuses on inventions that came from science fiction. A four page spread discusses invisibility cloaks and how cloaking works. The idea is to make something disappear from your view. The trick is to bend light so it doesn’t bounce off an object and therefore you are unable to see it. There are three terrific diagrams that show how vision works and how it can be deceived. Other devices included in this chapter are inventions that hover, with a nice nod to Marty McFly, bionic arms and legs, and tractor beams. Can’t go wrong with Back to the Future and Star Wars. Chapter 2 is about household devices. Can you explain how a microwave works? I know about waves, but this explanation goes way deeper with more illustrations and photographs that would be excellent teaching resources on a document camera. Chapter 3 highlights items in a school. Topics include photocopiers, erasers, and thermoses. Hmmm. Maybe we could train students to fix photocopiers. If I had to guess which chapter in the book would be the most popular, I might go with Chapter 4 which is titled Extreme Fun. Who doesn’t want to know how surfing and roller coasters work? And bounce houses? Don’t get me started. How Things Work finishes with a chapter on transportation vehicles like rockets and escalators. Again, most of us have ridden an escalator but probably can’t explain how it works. Now you can know and impress your friends.

Inside each chapter is a biography of an inventor. Chapter 1 features David Moinina Sengeh. He designs prostheses and mentors other young innovators in Africa. I love that we have STEM role models in these pages. Another great section of each chapter is Try This! where readers get detailed instructions so they can create their own device. Chapter 5 gives details on how to make a submarine with a 2 liter bottle. I also appreciate how in tune the author is with what students want to know. These are the subjects that will get readers to the page every time.

Booktalk: For hundreds of thousands of years Great Auks thrived in the icy seas of the North Atlantic, bobbing on the waves, diving for fish and struggling up onto rocky shores to mate and hatch their fluffy chicks. But by 1844, not a single one of these magnificent birds was alive.

Great Auks were pursued first by Vikings, then by Inuit, Beothuk and finally European hunters. Their numbers rapidly dwindled. They became collectors’ items — their skins were stuffed for museums, to be displayed along with their beautiful eggs.

Although undeniably tragic, the final demise of the Great Auk led to the birth of the conservation movement. Laws were eventually passed to prevent the killing of birds during the nesting season, and similar laws were later extended to other wildlife species. 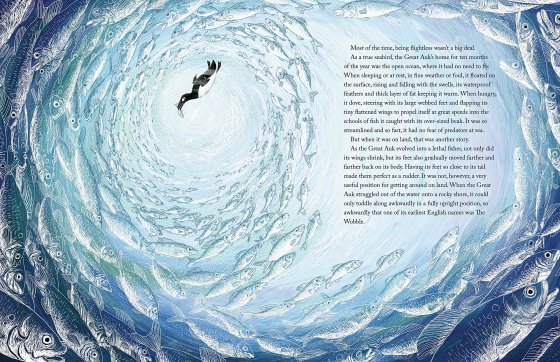 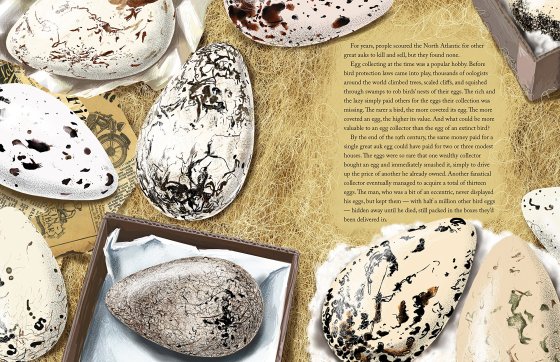 Doing Her Bit: A Story About the Woman’s Land Army of America
by Erin Hagar (Author) and Jen Hill (Illustrator)

Booktalk: Based on true events, this fictional story traces the history of the Women’s Land Army during World War I. Real-life “Farmerette” Helen Stevens trains to farm the land, negotiates a position for herself and other women, and does her bit for the war effort. This unique book celebrates the true grit of American men and women.

Snippet: At Helen’s farewell luncheon, her father said, “Women’s Land Army–craziest thing I ever heard. No farmer in his right mind will hire you girls.”

Helen looked right at him. “They’ll have to. With so many men working in factories or training to fight, who else will bring in the crops?”

Read more book reviews at Ms. Yingling Reads!
Even almost 80 years after her disappearance, students are still fascinated by Amelia Earhart. You would think that there would be much more attention paid to Jerrie Mock, the woman who managed to fly solo around the world in 1964. (Although I didn’t know thatWiley Post was the first man to do so, in 1933.) This slim paperback covers all of the basics of Mock’s historic flight, plus background about her life and the times in which she lived. I found it rather appalling that even though Mock was quite an accomplished aviator, and later went on to break several speed records, she was often referred to as a “housewife”. Even an autograph from Lyndon Johnson read “To Jerrie Mock- Whose hand has rocked the cradle and girdled the globe.” The bulk of the book is comprised of descriptions of her journey. It’s too bad that she was racing against another woman, Joan Merriam Smith, who was trying to get around the world at the same time, because Mock had quite a good time visiting dignitaries in other countries, and being able to go to all of the exotic locations was an adventure in itself. Plentifully illustrated with photographs and copies of her passport and flight documents, this is an interesting snap shot of an accomplishment about which not enough people know!
Strengths: Ohio University Press has a couple of very interesting biographies of Ohio citizens, including Kammie on First: Baseball’s Dottie Kamenshek by Michelle Houts. Both of these titles have been Battle of the Books choices for our 6th and 7th graders. This was well written and included the most interesting parts of Mock’s story, but also included just enough information about her formative years and the social mores of the times.
Weaknesses: There was some additional information in a “Did You Know” comment at the end of chapters that sometimes was more lengthy than needed. Also, only available in paperback.
What I really think: Readers who are fascinated by Earhart or women trail blazers should definitely be encouraged to pick this up.